Since 1921 ÖGV has awarded the Wilhelm Exner Medal named after the outstanding Austrian economic and technical supporter. In 97 years, 237 scientists and inventors, including 21 Nobel laureates, were awarded. The diverse research results of the laureates formed and are the foundation for the growth of industry and commerce. Among them are a multitude of outstanding physicists, chemists, mathematicians, mechanical engineers, physicians and biologists as well as ingenious inventors and designers, many of whom have received international awards for their scientific prizes and honors. The Exner Lectures accompany the festive awarding ceremony annually in autumn.

Abstracts of the lectures of the 2018 laureates:

Nanoscience has provided a new approach for designing materials that absorb and emit light and transport charges efficiently. These are fundamental steps that underlie many energy conversion technologies. This presentation will focus on colloidal quantum dots, and how they can be made to absorb and emit light, as well as to transport charge efficiently. When the principles of nanoscience are used to prepare a small piece of semiconductor that is fully isolated from the environment, it can behave as a nearly ideal light absorber and emitter. These “quantum dots” have now left the lab and moved into practical use, as they are widely used today in a new generation of extremely energy efficient displays that provide exceptional color purity. The efficiency of light emission from these quantum dots is so close to unity that it is actually requires new approaches to measure accurately. This in turn has prompted us to investigate what happens when quantum dot light emitters approach the thermodynamic limit of their luminescence efficiency. This talk will describe some entirely new energy conversion processes that may be enabled for the first time by using such nearly ideal light emitters. If time permits, I will also describe recent work on a new approach to extremely efficient ultrafast charge transport in quantum dot films. 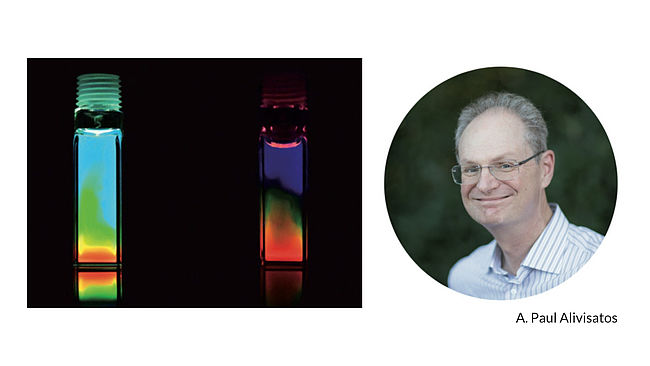 Skin is the body’s largest organ, and is responsible for the transduction of a vast amount of information. This conformable, stretchable, self-healable and biodegradable material simultaneously collects signals from external stimuli that translate into information such as pressure, pain, and temperature. The development of electronic materials, inspired by the complexity of this organ is a tremendous, unrealized materials challenge. However, the advent of organic-based electronic materials may offer a potential solution to this longstanding problem. My group has been working on understanding of the fundamental design principles of new electronic materials that have skin-like properties, such as stretchability, self-healing ability and biodegradabaility while maintaining excellent electronic properties. We realized artificial skin with sensitivity and stretchability comparable to that of human skin. We demonstrated artificial mechanoreceptors and artificial nerve systems. In turn, the basic inventions of materials and devices enabled a new generation of skin conformal electronics that can be used for health monitoring wearables, wireless and biodegradabale implantable sensors for tendon repair and neuroprostheses. 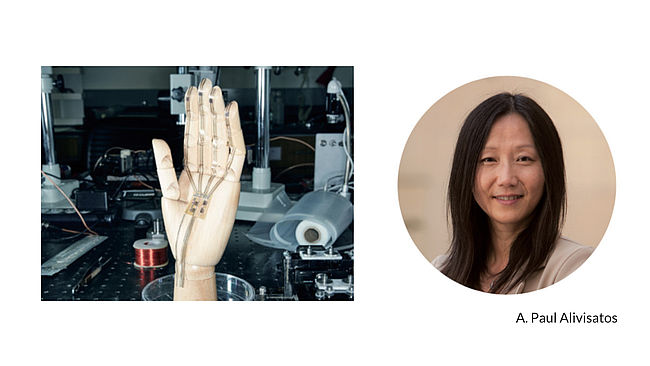 „Photonic Quantum Entanglement for Technologies and Applications: Towards the Quantum Internet“

Quantum information processing and quantum communication are novel protocols that originate in the very fundamental and philosophical questions on superposition and entanglement first raised about 100 years ago in the early days of quantum mechanics. Strikingly, these new protocols offer capabilities beyond communication task possible with classical physics. One very important example is the secure key exchange based on the transmission of individual quantum signals between communication partners. The big vision and frontier in the field of quantum communication research is the development of a Quantum Internet, which establishes entanglement between many different users and devices. The basic idea is that similar to today’s internet, the Quantum Internet will readily transfer quantum bits, rather than today’s classical bits, between users near and far and over multiple different channels. This Quantum Internet could be useful for secure communications, quantum computing networks and metrological applications such as better time keeping or enhanced telescopes. I will discuss recent advances on implementations and tools useful for generating and distributing photonic quantum entanglement, as well as our work towards the Canadian quantum satellite mission, QEYSSAT, that will demonstrate transmission quantum signals from ground to space in the goal to cover global distances. 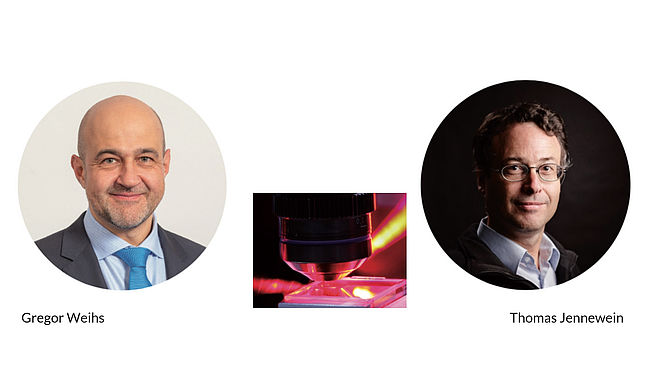 While photonics is an established area of technology covering optical communication, manufacturing, sensing, and many other fields of application, hardly any of its methods actually make use of the quantization of light. Quantum photonics applications, on the other hand, explicitly build on the quantum properties of light to realize secure key distribution, optical quantum computing, and quantum computer networks. Sources of quantum states of light are important building blocks of such quantum photonic systems. Traditionally these sources were realized using nonlinear optical techniques in conventional optical laboratory setups but for any real world applications, it is clear that we need to achieve miniaturization and integration. In our work, we employ single semiconductor quantum dots, nanowires, and waveguides to implement sources of single photons, entangled photon pairs and even triplets of photons. While there are still many open research questions, these sources have the potential to make quantum photonics a practical reality.